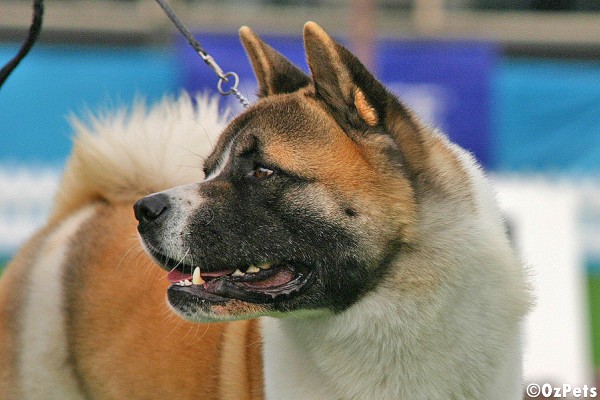 The Akita is a large breed of dog originating from the mountainous regions of northern Japan. There are two separate varieties of Akita: a Japanese strain, commonly called Akita Inu (inu means dog in Japanese) or Japanese Akita, and an American strain, known as the Akita or American Akita. The Japanese strain comes in a narrow palette of colors, with all other colors considered atypical of the breed, while the American strain comes in all dog colors. The Akita has a short double-coat similar to that of many other northern spitz breeds such as the Siberian Husky, but long-coated dogs can also be found in many litters due to a recessive gene.

The Akita is a powerful, independent and dominant breed, commonly aloof with strangers but affectionate with family members. As a breed, Akitas are generally hardy.

In all countries except the United States, the Japanese and American strains of Akita are considered two separate breeds. In the United States, however, the two strains are considered a single breed with differences in type. For a while, the American strain of Akita was known in some countries as the Great Japanese Dog. Both forms of Akita are probably best known worldwide from the true story of Hachi, a loyal Akita who lived in Japan before World War II.